Joseph Gordon-levitt: 'Looper' Was Written Especially For Me 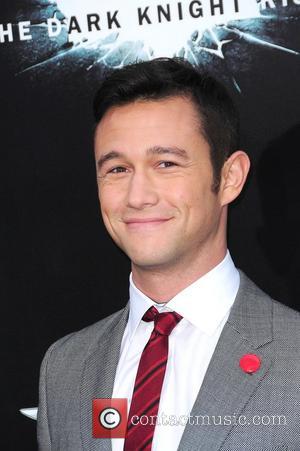 'Looper' star Joseph Gordon-Levitt, co-star Emily Blunt and writer and director Rian Johnson have discussed the upcoming 'sci-fi/action movie' at San Diego's Comic-Con.
Gordon-Levitt ('The Dark Knight Rises') reveals that the flick was written especially for him to play the not so coincidentally named character of Joe. He and Johnson met one another when they worked on the crime thriller 'Brick' in 2005 and, according to Gordon-Levitt, were good friends ever since. "[Johnson's] literally one of my best friends in the world and has been for years now", he gushes. 'Looper' is about a group of mobsters in the future who use the outlawed method of time-travel to send people back thirty years to be assassinated by hitman Joe known as a Looper. When a future version of himself (played by action legend Bruce Willis) is sent back to him, he realises that the mob want to close the loop by forcing him to shoot himself.
Both Gordon-Levitt and Blunt ('The Five-Year Engagement') struggle to define the movie as a single genre; Gordon-Levitt compares its mind-blowing sci-fi complexity to that of 'Inception' (in which he also stars), 'The Matrix' and 'Bladerunner' but adds that it still has the thrill of 'badass action'. Blunt agrees but adds that there is an element of 'emotional drama' happening also. Gordon-Levitt also reckons that 'Looper' is the perfect flick to be promoted at the diverse crowd that is Comic-Con goers: "Every single reveal or twist or turn in the movie has been thought out perfectly. So I think there's a lot to nerd out over".