Actor Joseph Gannascoli Bowed Out Of A Role In Forthcoming Movie Bronx Dahmer Because He Couldn't Bear To Work With Disgraced Actor Lillo Brancato. 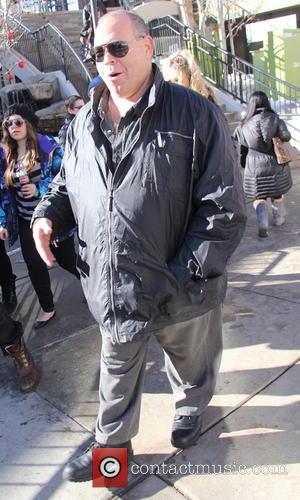 Brancato, who starred with Gannascoli in The Sopranos, served an eight-year prison sentence for his part in a 2005 burglary which ended in the killing of off-duty New York City police officer Daniel Enchautegui.

The actor was released in 2013 and has landed a role in the new film, but his former castmate in the U.S. crime drama turned down the offer of a part because he has too much respect for the police to work with Brancato.

He announced the news on Twitter.com earlier this week (beg18May15), writing, "I just signed on, and I just had to back out just now, I have too much respect for cops... I just couldn't do it, life is about choices. We have to live with them good or bad."

Speaking to the New York Daily News, he adds, "I'm not here to judge, people have to live with themselves. I know he (was) a model prisoner and in prison he changed his life around. He's helping kids make the right decisions, which is great, but we all know what happened, and I just felt I couldn't do (the film).

"(Cops are) sitting ducks, they're under tremendous strain... (Movie bosses are) not knocking down my door to be in movies, it's always an honor and it was a nice role. Being in the same movie (with Brancato) would have been hard. I made my decision and I did the right thing for me."