Fiennes defended the casting decision in an interview with Entertainment Tonight in the wake of a social media firestorm.

Actor Joseph Fiennes has responded to criticism he’s received since being cast as Michael Jackson in an upcoming TV comedy. The outcry has stemmed from the fact that Fiennes, who is white, has been cast as the late king of pop.

Furthermore, MJ fans have done their research and uncovered a 1993 interview that Jackson did with Oprah Winfrey, in which he said that he would not want a white actor to portray him in any TV or movie representation.

45 year old Fiennes, the younger brother of fellow actor Ralph, will be playing Jackson in the one-off, half-hour Sky Arts programme ‘Elizabeth, Michael & Marlon’, which will tell the (possibly apocryphal) tale of how the pop star took a road trip with Elizabeth Taylor (who’ll be played by Stockard Channing) and Marlon Brando (Brian Cox) out of New York City in the immediate wake of the 9/11 attacks in 2001.

Watch the Trailer for The Red Baron

Here's what I do know: Rhys Ifans and Joseph Fiennes play partners in a business somewhere in Britain. They're out of cash, so they decide to borrow money from a Russian mafioso of sorts. Meanwhile, Ifans and his girlfriend (Sadie Frost) decide they want to have babies... but they can't get pregnant. But Ifans eye is wandering... to his secretary and to Tara Fitzgerald's Russian mafia princess. For some reason, everyone wants this guy! And if they don't want him, they want him dead.

By Christopher Null
Extraordinary
Easily the best comedy of the year - and the best film of the year to star Joseph Fiennes and feature Queen Elizabeth as a major character - Shakespeare in Love gets a hands-down recommendation for all filmgoers.

To understand how completely, contemptibly and cavalierly DreamWorks has gutted the Arabian legend of Sinbad for its every-cliché-in-the-book animated adaptation "Sinbad: Legend of the Seven Seas," all you need know is one line of dialogue, delivered by the hero in a feeble attempt at outdated hip-hop dialect:

The fact that this line is delivered by an appallingly miscast Brad Pitt as the voice of a Santa-Monica-beach-bum-looking Sinbad only makes it worse. 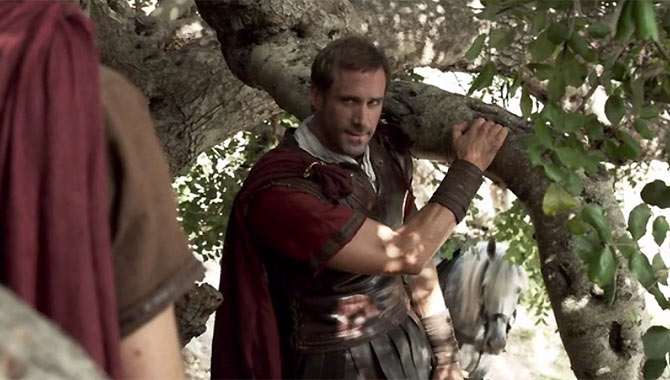