Jordin Sparks plans to give Jason Derulo back the BMW he bought her last Christmas following their split. 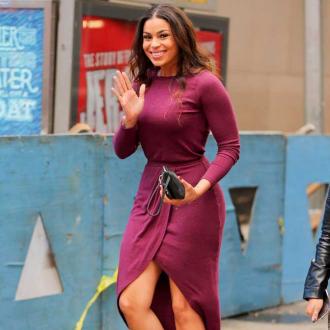 Jordin Sparks plans to return her BMW to Jason Derulo.

The 'No Air' singer, who split from the 'Talk Dirty' hitmaker last month, has decided to give him back the luxurious vehicle that he bought for her last Christmas.

Asked whether she plans to return the car, the 24-year-old singer said: ''I haven't really had time to think about it, but yeah, I probably will.''

Jordin was overjoyed when Jason, 25, surprised her with the champagne-coloured sedan in December and shared a picture of it on Instagram at the time, with the caption: ''I still can't believe it! He surprised me on Christmas but I wanted to make sure I wasn't dreaming before I posted it! ha! Thank you so much @jasonderulo! I love you baby! Omg omg omg (sic).''

Jason recently revealed he ended their three-year relationship over the intense pressure to get married, but Jordin thinks they were partially to blame for the engagement rumours as she participated in his 'Marry Me' music video.

The former 'American Idol' beauty is excited to start dating again and is having fun after moving to Los Angeles.

She said: ''I'm good, really. I'm exploring my neighbourhood. I'm finding places I [where] like to eat [and] meeting new people. It's been really great.''