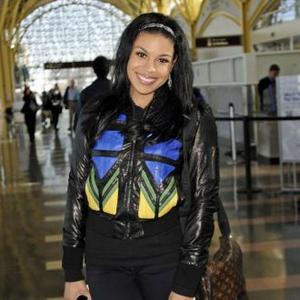 The former 'American Idol' winner will make her big-screen debut this month in 'Sparkle', starring alongside the late singer.

Jordin first heard the bad news while preparing for Clive Davis' Grammy party, which Whitney was due to attend.

She told website Celebuzz about hearing the news: ''Whitney's gone. I lost all feeling. I couldn't move, I couldn't say anything. I don't think I was breathing.''

''I still have moments where it hits me and it's like, she's not here, there's this void.''

In the movie Whitney stars as the mother of three singing daughters - including Jordin's character - trying to make it in 1960â²s Motown.

Jordin and Whitney can be heard in the song 'Celebrate' and Jordin later honoured Whitney at the Billboard Awards this year, singing 'I Will Always Love You'.

She recalled: ''It was the scariest thing I've ever done and I never performed that song before in a concert. So I remember being on stage being ready to walk out and hearing her going, 'You got this, you got this.'''

The last time the 22-year-old star saw Whitney, she had just finished her solo number, 'One Wing'.

Whitney, an executive producer on the movie, approached her and encouraged her performance.

Jordin said: ''She put my head in her hands and looked at me and said, 'You're everything that we wanted. To have your idol tell you that - that was the type of woman she was. She was so nurturing and wanted to see everybody else succeed. She just wanted to see us do well.'' 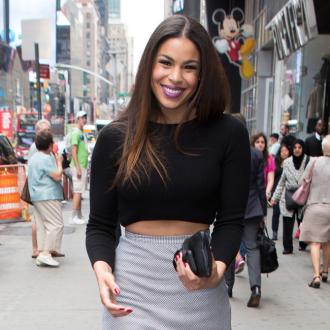