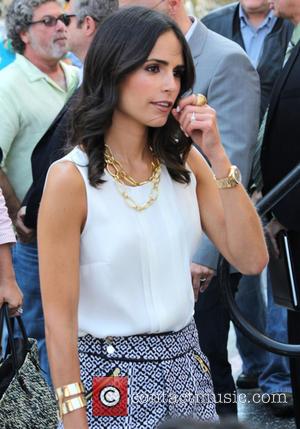 Jordana Brewster and Tyrese Gibson have added their tributes to Fast & Furious co-star Paul Walker after learning of his death in a car crash on Saturday (30Nov13).

The actor was a passenger in a Porsche sportscar which crashed into a lightpost and tree in Valencia, California and burst into flames.

Many of Walker's co-stars took to Twitter.com to mark the passing of the 40 year old within hours of the tragedy with Vin Diesel and Ludacris among the first celebrities to pay tribute.

Brewster, who played the actor's love interest in the Fast & Furious films, added her thoughts via Twitter on Sunday (01Dec13), writing, "Paul was pure light. I cannot believe he is gone."

And fellow co-star Tyrese took to his Instagram page and posted a photograph on himself and Walker on the set of the latest Fast & Furious film.

He added, "My heart is hurting so bad no one can make me believe this is real Father God I pray that you send clarity over this cause I just don't understand My heart hurts it's broken no one can convince me that this is real... Prayer warriors please pray real hard for his only child, his daughter and family... My God... I can't believe I'm writing this."

He later wrote, "At least I got to say I love you... But this I just don't understand."

Gibson has since paid his respects at the makeshift curbside memorial at the site of the fatal car crash. Fans of the late actor have been leaving flowers and cards at the intersection where Walker lost his life.

In one of his final interviews, Walker told Wenn that both Gibson and Brewster were very special to him.

He said, "Tyrese is just like a big kid. I think I'm Peter Pan but he's Peter Pan on crack!"

And the actor stated, "I legitimately love Jordana. We met when we were little kids hanging out on the first one (Fast & the Furious) when she was 17 years old."

Jordana Brewster Returns To Her Car After Drybar Visit