Jordana Brewster: 'Dallas Is All About The Sex' 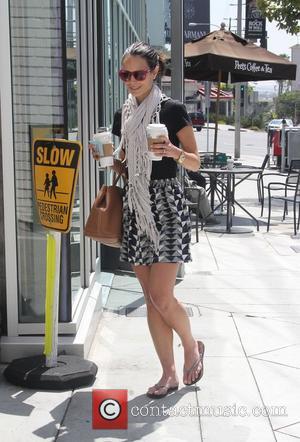 The new Dallas Tv series is sure to steam up TV sets if sexy star Jordana Brewster's set report is to be believed.
The Fast Five pin-up has revealed her first day on set was all about the sex, and she insists fans of saucy TV should tune in when the series debuts.
Brewster tells Eonline.com, "My opening scene, literally our first day, was on my birthday, and I shot in only a man's shirt - so that should tell you something. (It's) a sexy show for sure.
"There will be plenty of shirts off and there will be plenty of sex."
The new Dallas will also feature Desperate Housewives co-stars Josh Hutcherson, Jesse Metcalfe and Brenda Strong and original show regulars Larry Hagman and Patrick Duffy.