Jools Holland thinks music is ''timeless'' and he insists there are always up and coming performers in the making.

The 59-year-old singer and composer believes people consider the ''golden age'' of music to be in the past, but the Squeeze band member insists there are ''great'' musicians nowadays as well.

Speaking to NME Online, he said: ''People always say there was a 'golden age' for music. It was always in the past and it was always something fantastic. Then the great philosophers say 'Paradise is now' . You turn on the radio and there are those great people around, you know what I mean, you just need to find them. There is so much good stuff around, there has always has been. It's not like the sort of 'golden age'.

''That's the great thing about music: it's timeless. And it's about this great people now, it's not about the so called 'golden age'.''

And the 'Later... with Jools Holland' host thinks the entertainment business will continue to see new talent emerge, which he wants to encourage.

He continued: ''It's been going on forever, and there is always something new and great coming up. That's why it's important to encourage that, and I'm pleased we're in a position where we can do that. All we want to do on the show is celebrate the music, so we capture what they're about, we don't have any other agenda. It's not about jeopardy, we just need to have the people doing what they do, expressing themselves'' 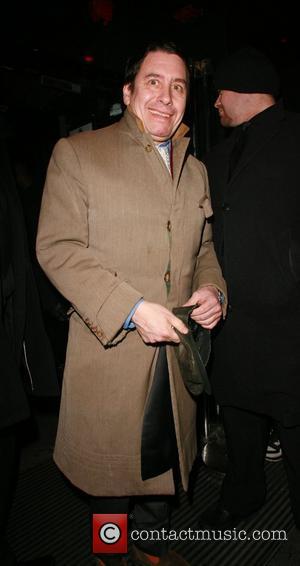