Jonsi - We Bought A Zoo

We Bought A Zoo director Cameron Crowe sat down with Sigur Ros' lead singer, Jonsi, who composed the soundtrack to the film. Crowe was first introduced to Jonsi, when he asked to use some of Sigur Ros' music in the 2001 film Vanilla Sky.

Continue: Jonsi - We Bought A Zoo

Jonsi, We Bought A Zoo Feature

By Contactmusic.com in Music Reviews on 07 March 2012

We Bought A Zoo director Cameron Crowe sat down with Sigur Ros' lead singer, Jonsi, who composed the soundtrack to the film. Crowe was first introduced to Jonsi, when he asked to use some of Sigur Ros' music in the 2001 film Vanilla Sky. 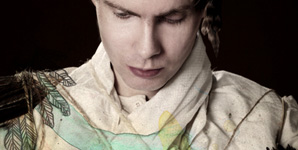 The pair discussed the music in the opening scene; Jonsi revealed that one instrument he used was a 'simple' music box. Both of them expressed an interest in working again, with Jonsi admitting that he'd love to score a thriller.

We Bought A Zoo tells the story of single father Benjamin Mee, who moves into a dilapidated zoo with his two children, shortly after the death of his wife. With the help of the zoo staff and in particular, the head keeper Kelly, the family set about renovating it in the hopes of reopening it to the public again.

Crowe revealed that, even before writing to Jonsi with his request, he would play Sigur Ros on set, to the point where Matt Damon - who plays Benjamin Mee - would request certain songs, such as Go Do and Sinking Friendships, to act to. Jonsi and Crowe watched the opening scene of the movie, in which the music is one of the first things you hear. The Jerry Maguire director called Jonsi's soundtrack an extra character in the movie, one that was inviting the viewer in to the protagonists' lives.

In addition to Matt Damon, We Bought A Zoo also stars Scarlett Johansson and Elle Fanning. The film will open in the UK on March 16th, 2012. Watch the trailer for We Bought A Zoo here.

By Dom Gourlay in Music Reviews on 20 January 2011

Without going into the whys and wherewithals behind Jonsi Birgisson's decision to go it alone and record his first solo album, it would be fair to say that the result of his wares, 'Go', found itself heralded as something of a masterpiece. Indeed if critical acclaim is anything to go by, its clearly held in the same high regard as many of the prolific works Birgisson has conjured up as one quarter of Sigur Ros. That the album itself and Jonsi's subsequent live shows featured none of the other members of the aforementioned band speaks volumes for its creator, although the much of the initial praise on the studio version of 'Go' undeniably landed at the feet of arranger Nico Muhly. However, anyone expecting this double CD/DVD package to be little more than a cautionary run through of the record and little else is in for a very pleasant and welcoming surprise. 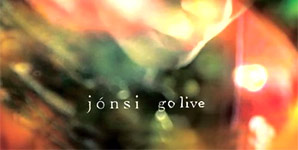 Jonsi - We Bought A Zoo Video

Jonsi - We Bought A Zoo