Joni Mitchell has said she is far more talented that Bob Dylan as she is more original with her thoughts and music, and slammed the industry as a whole for being ''oppressive''. 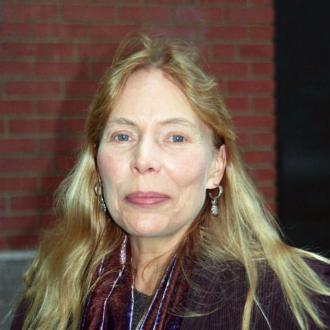 Joni Mitchell believes she is a better musician than Bob Dylan.

The 71-year-old singer explained that she is far more creative than her fellow music maker, despite being in a male-dominated industry.

The star - who is known for her hit singles including 'Blue' and 'Both Sides Now' - continued to slate the music business as a whole, scalding the ''oppressive'' men who ''exploit'' musicians.

She said: ''I'm a woman in a man's world. There are hardly any women in my business. There are oppressive men and exploitative men.''

However, the acclaimed musician later acknowledged her love for men, and admitted she enjoyed being on tour with men during her younger years.

She added: ''It's all male-dominant, and you're always with them. I'm on the road with 21 guys, and I love men's company, don't get me wrong. Even when they're stupid little boys, I still like them. I mean, love the sinner, hate the sin.''

The artist - who released her last studio album, 'Shine', in 2007 - also asserted she was never a hippie, despite being known for tracks like 'Woodstock', and explained she was only in it for the fashion.

She told The Sunday Times newspaper: ''The hippie values were not mine, they were naive, they had no place, they were childish: the politics were stupid.