Rhys Meyers: 'I Was Never In Rehab' 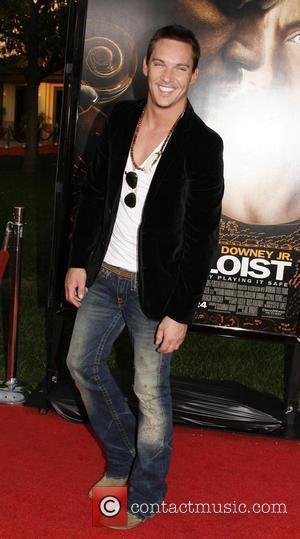 Jonathan Rhys Meyers has put an end to speculation he recently checked into rehab, insisting his party animal reputation is completely exaggerated.
The actor hit the headlines in February (09) after it was alleged he had enrolled in a recovery centre in England to deal with an addiction to alcohol, following a previous stay in a recovery clinic in 2007.
He fuelled those rumours by subsequently cancelling scheduled appearances on U.S. TV at the start of April (09) and failing to show up at two galas in Los Angeles and Dublin, Ireland, where he was due to collect awards for his work.
But the star has finally cleared up the reports, denying he was in rehab but admitting he did spend time with a counsellor in Middlesex, England.
He explains, "I just felt I needed time off and I didn't need to go to awards ceremonies. You can get slightly waylaid as an actor doing that sort of thing and I'm never that comfortable at them anyway."
And the Tudors star is adamant that reports of his outrageous behaviour are overblown, insisting fans would be shocked if they saw how dull his life is.
He says, "I live an incredibly low-key life. I think people would like to think I'm a hell of a lot naughtier than I am actually. I am actually quite a boring guy.
"I spent the last week and a half playing bloody golf. Me, Jonathan Rhys Meyers! If anyone saw me in those stupid golf clothes on the golf course, there would have been a different story written!"