The couple's first son arrived back in December - and they've given him a unique name!

Jonathan Rhys Meyers, the star of BBC series ‘The Tudors’, has become a father for the first time after his fiancée Mara Lane gave birth to a baby boy last month.

E! News reported this week that the 39 year old Irish actor and his partner welcomed their son, who they have named Wolf, back on December 15th. It was also reported that the birth took place in the comfort of their own home, assisted by a midwife.

The couple met back at the start of 2014, and they were soon engaged, announcing that December that they were going to tie the knot. 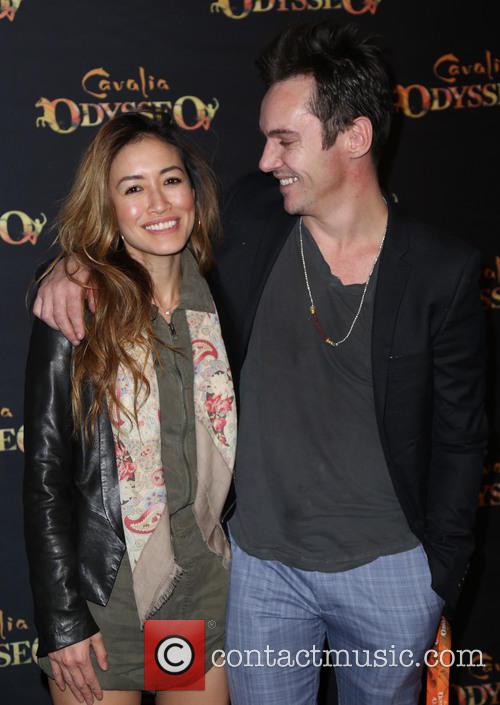 “They have been together since January,” a source close to them told the media at the time. “They are so in love. He is in a great place and Mara and Jonathan really complement one another. He is healthy and happy.”

Since the news of their imminent arrival was made back in September, Lane has been documenting her first pregnancy through her Instagram account, recently posting a snap of herself holding her baby bump while standing in front of a Christmas tree.

More: Jonathan Rhys Meyers apologises to fans after being pictured during “minor relapse”

“Our other official prego wego dress. Found in #Amsterdam #Noordermarkt for 15 euros,” she wrote in the caption about the dress she was wearing. “Every other day I dunno as I have other dresses but Baby likes these ones.”

Rhys Meyers has been battling an addiction to alcohol over the last couple of years, entering rehab on three occasions to prevail in his battle. In mid-2015, he apologised to fans for a “minor relapse” after he was photographed walking around the streets of London swigging from a bottle of vodka.

“Mara and I are thankful for your support and kindness during this time. I apologize for having a minor relapse and hope that people don't think too badly of me,” he wrote. “I stopped drinking immediately and it is no reflection on Damascus Cover [the film he was shooting at the time] as I was not meant to attend Cannes this year and I apologize to fans and colleagues.”