Jonathan Rhys Meyers has reportedly been dropped as the face of Hugo Boss, following his fourth stint in rehab and has been replaced by Jared Leto. 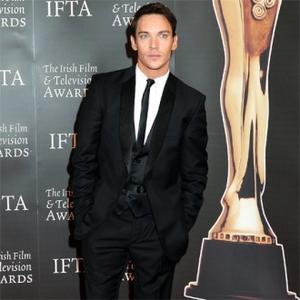 Jonathan Rhys Meyers has reportedly been dropped as the face of Hugo Boss.

The troubled actor - who recently completed his fourth stint in rehab for alcohol addiction - has advertised The Fashion brand since 2006 but bosses have decided to axe him because they don't want to attract negative publicity.

An insider told The Sun newspaper: "Brands will not want someone as troubled as Jonathan seems to be to represent them. He needs to sort himself out."

Jonathan has been replaced by actor-and-musician Jared Leto.

Jared will become the face of the new male fragrance Hugo Just Different, with a campaign to be released later this year.

The Hollywood hunk said of his new role:

"Hugo inspires men to succeed through creativity, which is something I've aimed for my entire career. Like the Hugo man I look for inspiration in everything around me and seek out unusual and unexpected things and experiences."

Orlando Bloom has also appeared in campaigns for Hugo Boss, becoming the face of their Orange fragrance.