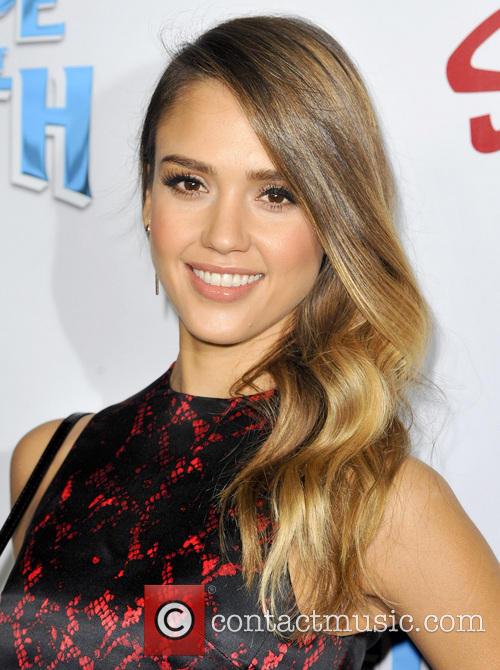 The stars lined up in Los Angeles as the first major animation film of the year celebrated its premiere at the weekend (February 2, 2013). Escape From Planet Earth has been produced by Rainmaker Entertainment - so far mainly famous in the film world for its rather dubious Barbie movies. However, this looks like a different story for Rainmaker, with an impressive cast including Brendan Fraser, Jessica Alba, Rob Corddry and Sarah Jessica Parker assembled to voiceover their tale of alien space combat.

Scorch Supernova is a highly respected astronaut who also happens to be a brawny blue alien from the planet Baab. While spending his working hours rescuing distressed civilians from various planets, Scorch's intelligent but significantly scrawnier brother Gary guides him from mission control at the national space agency BASA. However, Scorch's strength and bravery is tested when the BASA chief Lena informs him of an SOS call from one extremely dangerous planet. In spite of Gary's strong warnings, Scorch sets out to rescue his fellow alien from whatever danger might be lurking but finds himself trapped and imprisoned by the planet's inhabitants; one of which is the alien-hating Shanker who vows to rid the universe of all alien lifeforms. Gary finds himself landed with a new responsibility; he must now become the rescuer and aid his brother in his escape from the dark planet and with it, secure the future of his own.

This sci-fi animated flick is a thrilling, adorable and immensely funny journey through space directed by Cal Brunker ('Ninjamaica') in his first cinematic movie. Among the writing credits were Brunker himself, Tony Leech and Cory Edwards ('Hoodwinked!') and Bob Barlen in his debut feature film. 'Escape From Planet Earth' is due for release this Valentine's Day; February 14th 2013; in the US.