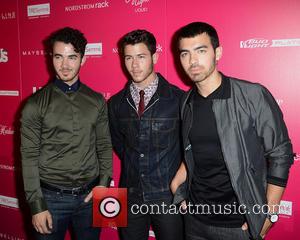 The Jonas Brothers have confirmed they are splitting up after weeks of speculation about the future of the band.

Rumours the brothers were preparing to go their separate ways were sparked when they axed their U.S. tour earlier this month (Oct13).

The sibling band has now confirmed the split, with Kevin Jonas telling People.com, "It's over for now."

Nick Jonas adds, "It's really hard to say 'forever'... We're closing a chapter, for sure."