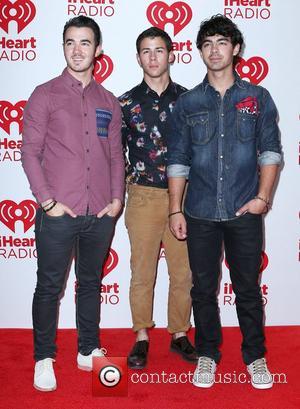 This band of brothers have spent the past couple of years doing their own things, from being a judge on American Idol to forming a blues band, but now the Jonas Brothers have reunited. Last night they performed a reunion show at the Radio City Music Hall, to give fans a rendition of their past seven years of music, as well as to debut their new material.

The night began with audio blaring out into the arena about the rumours of their split, but denounced these rumours as they started the night off with a bang, playing 'When You Look Me In the Eyes'. Nick and Joe also got a chance to play examples of their solo works, with Joe playing 'Just In Love' and Nick giving a rendition of 'Who I am'. All before moving on to their new work.

"It feels like the right time, I have to say thank you for letting us live some life so we can come back to you...” Nick said quoted on MTV.com, “This new song is all about taking advantage of those moments and making them truly special," before playing 'First Time'.

One song that the JoBros played last night has lead to some serious speculation. 'Wedding Bells' with lyrics including “She says, 'Can you keep a secret/ A ceremony's set for June/ I know it's a rush, but I just love him so much/ I hope that you can meet him soon...I don't want to love, if it's not you/ I don't want to hear the wedding bells bloom/ Maybe we can try one last time/ But I don't want to hear the wedding bells chime." Rumour has it that these lyrics are about Miley Cyrus, Nick Jonas' ex girlfriend who is engaged.

The third and final new song they played is called 'Let's go'. There is, as yet, no set date for the release of their 5th album.