Jonah Hill to star in Arms and the Dudes?

Jonah Hill has entered into talks to star in Todd Pillips' 'Arms and the Dudes' alongside Miles Teller. 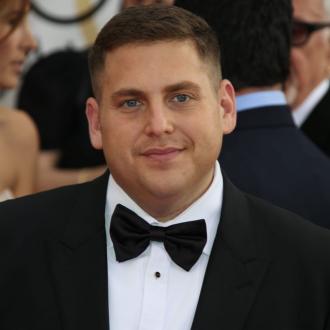 Jonah Hill is in talks to star in 'Arms and the Dudes'.

The 'Wolf of Wall Street' star has reportedly entered into negotiations to star in the Tod Phillips helmed crime comedy, according to Variety.

Jonah has been called in to replace 'The Social Network' star Jesse Eisenberg, who was forced to drop out of the Warner Bros film after the schedule was delayed.

Shia LaBeouf was also originally cast in the film but had to depart due to timing issues and the company have taken on 'Divergent' actor Miles Teller to take over the role.

Hill, 30, had also previously passed up the role due to complications with his schedule but was able to take on the part once the production was pushed back.

The movie follows two arms dealers who find themselves out of their depth when they agree to a $300 million deal with US forces in Afghanistan.

The film will be produced by 'The Hangover' star Bradley Cooper and Mark Gordon, and will be penned by Jason Smilovic.

Bryan Zuriff is executive producing, with Jesse Ehrman and Jon Gonda overseeing the production for the studio.