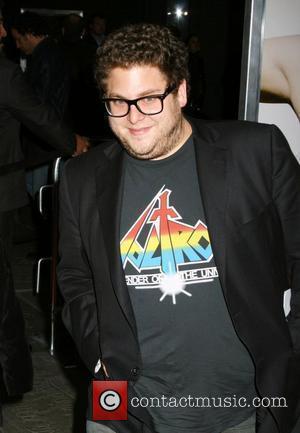 Jonah Hill is in talks to star in Transformers 2, according to reports.

Entertainment Weekly claims that the Superbad star is in negotiations with Dreamworks studios to feature in the sequel to Michael Bay's hugely successful movie based on the Hasbro toys.

While the studio has refused to comment on the EW.com report, it is believed Hill could star as the comedy sidekick to Shia LaBeouf's Sam Witwicky.

And a supposed casting sheet for the film, quoted by movie rumours site IESB.net, proposes a role that seems tailor-made for Hill.

IESB.net says the document details a character named Chuck, who is "Sam's roommate at Princeton".

Should the rumours prove to be true, Hill will begin shooting Transformers 2 this summer with a June 2009 release planned.

Hill, 24, was signed to co-star with Russell Brand in Get Him to the Greek, a new buddy comedy from writer/director Nick Stoller and producer Judd Apatow.

After working alongside Brand in Forgetting Sarah Marshall - currently the number one movie in the UK - Hill has been cast as a young insurance adjuster who is given the responsibility of ensuring Brand's drug-addled Rock Star arrives on time for a concert at the Greek Theatre in Los Angeles.