Jonah Hill: 'Leonardo Dicaprio Let Me Down In Punch Scene' 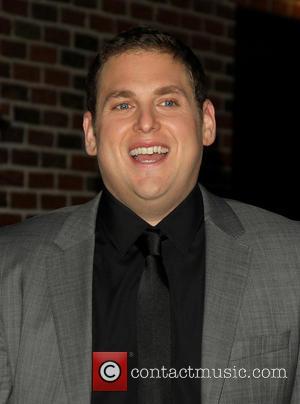 Actor Jonah Hill blames LEONARDO DiCaprio for allowing him to get punched for real on the set of The Wolf Of Wall Street - because he failed to object to director Martin Scorsese's painful idea.

The Moneyball star reveals the filmmaker shot take after take of a scene, in which Hill's banker character is beaten up by co-star Jon Bernthal, who plays a drug dealer in the crime drama, but Scorsese was not impressed.

Instead, he asked the 29 year old if he minded having Bernthal throw a real punch - and after lead actor DiCaprio did nothing to put Scorsese off the idea, Hill found himself reluctantly agreeing to the beating.

He explains, "(Scorsese) looks at me and goes, 'Hey kid, you wanna try when he hits you for real?' I don't wanna look like a wuss... so I turned to (DiCaprio) to try and make eye contact to say, maybe, 'Ok, Marty, maybe do something else'. So I don't answer and I look to Leo and... he completely looks away and leaves me hanging!"

Hill reveals he was "freaking out" about the scene, for which he had to wear fake teeth, but Scorsese was only worried about capturing the perfect shot: "We go out there, we do the scene... (Bernthal) just decks me... I wore big fake teeth and they split and flew out of my mouth...! I'm on the floor and I'm in a daze and I just hear Scorsese (say) out loud, 'His face is swelling, get him some new teeth and let's shoot it!' Someone put some teeth in my mouth and they film my face swell."

The Wolf of Wall Street, about a wealthy stockbroker who becomes involved in crime and corruption, is based on disgraced New York financier Jordan Belfort's memoir.