Jonah Hill Dyed His Hair To Look Like Eminem

Jonah Hill bleached his hair in high school to look like his idol Eminem. 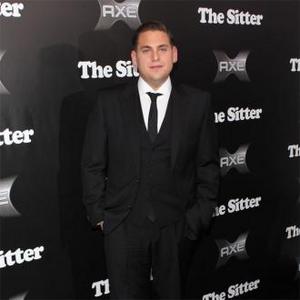 Jonah Hill dyed his hair in high school to look like Eminem.

The 'Moneyball' actor was such a fan of the rapper - real name Marshall Mathers - that he lightened his brown hair in a bid to look like his hero.

He said: ''I had bleached hair. I wanted to be Eminem really badly!''

The 28-year-old star of the forthcoming '21 Jump Street' remake had to go back to school to research his role as an undercover police officer who poses as a teenager, and admits a lot has changed since his day.

Jonah told Parade magazine: ''This is going to make me sound 150-years-old, but it's technology. They live their lives through Facebook and stuff, and I don't live my life through that at all. I prefer talking.''

If he had his Time Again, the 'Superbad' star insists he would take theatre classes, no matter what his school friends - which include Seth Rogen and James Franco - had to say.

Meanwhile, Jonah admits his 'Moneyball' Oscar nomination has opened up doors for him and earned him the respect of his parents.

He added: ''I've brought pride to our family finally!

''I would just say I've noticed I'm getting offered all different kinds of movies now as opposed to just one kind of movie. And I'm really lucky for that. I'm looking forward to doing this drama that Brad Pitt's producing called True Story, starring myself and James Franco, and I'm going to go make a movie with all my Old School buddies -- Seth Rogen, Jay Baruchel, and Danny McBride, and Craig Robinson, and James Franco again -- called 'The Apocalypse'.''