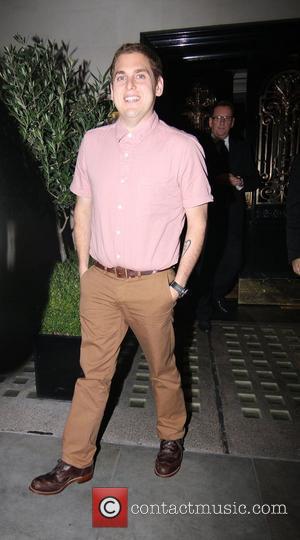 Funnyman Jonah Hill has made his music video directorial debut by overseeing Sara Bareilles' latest promo.
The Superbad star stepped behind the camera last week (ends28Aug11) to take charge of Bareilles' Gonna Get Over You video and shared pictures from the set with his Twitter.com fans.
Posing with a clapper-board, he told fans, "Directing my first music video for Sara Bareilles... Having a lot of fun on set!"
Hill also posted a snap of himself posing with the musician during the shoot.