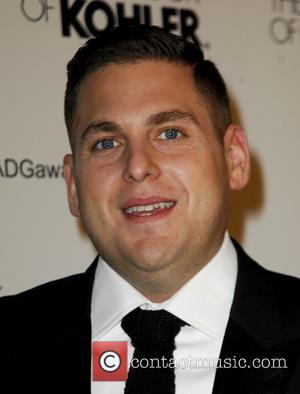 Actor Jonah Hill was left with a very bad taste in his mouth while filming a goldfish stunt in The Wolf Of Wall Street when the creature relieved itself as he pretended to eat it.

In the film, Hill, as highly-strung con man Donnie Azoff, had to pretend to eat an employee's pet fish, but animal wranglers on the set told him he could only put the fish in his mouth for three seconds before spitting it out.

Unfortunately for the actor, that was ample time for the slithering extra to go to the toilet.

He says, "This is not exaggerated for storytelling purposes... I put the goldfish in my mouth the first take and it relieves itself in my mouth."