Stewart is quitting the show he's presented for 16 years in August, with the relatively unknown Trevor Noah taking his place the following month.

Trevor Noah, the new host of Comedy Central’s ‘The Daily Show’ when Jon Stewart departs, will make his debut on September 28th, the show confirmed today.

The official Twitter account for ‘The Daily Show’ made the announcement via a post on Thursday afternoon (May 28th) – so that’s exactly four months from now. The post read “Late night will NEVER BE THE SAME. Or maybe it will. Watch to find out,” with the addition of a short video of Noah getting himself acquainted with the studio and “getting comfortable in Jon’s chair”. 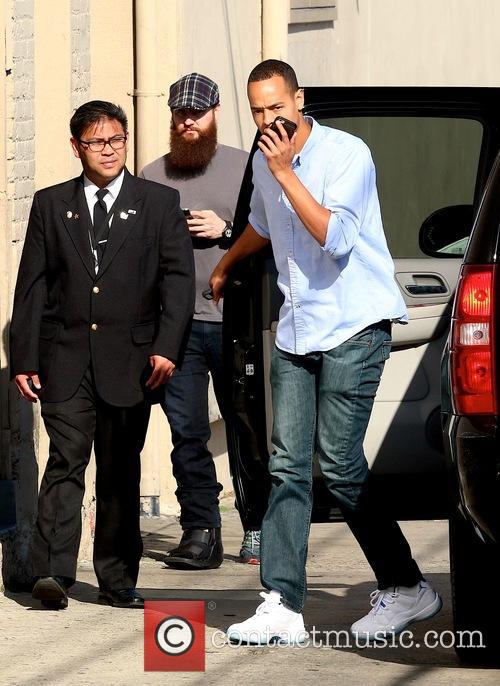 52 year old Stewart announced back in February that he was leaving ‘The Daily Show’ after presenting, writing and executive producing it since 1999. The following month, Comedy Central announced that 31 year old Noah, a South African-born comedian, was to be his replacement, despite only being hired as an on-air contributor for the show in December.

That decision initially attracted some criticism after his Twitter history was placed under the microscope, with some people claiming that he had made anti-Semitic and misogynistic comments.

.@Trevornoah starts his new job September 28. Late night will NEVER BE THE SAME. Or maybe it will. Watch to find out. http://t.co/axWSKRD2U3

However, both Stewart and the Comedy Central network stood by the appointment, releasing a statement at the time that read: “Trevor Noah pushes boundaries; he is provocative and spares no one, himself included. To judge him or his comedy based on a handful of jokes is unfair. Trevor is a talented comedian with a bright future at Comedy Central.”

Stewart has intimated that his final appearance on ‘The Daily Show’ will come on August 6th. However, he won’t be retiring altogether. He recently directed the critically acclaimed film Rosewater, so we can probably expect some more thought-provoking or satirical big screen projects from him in the future.

More: So, who is Trevor Noah?