On Tuesday (Feb 10th) the network confirmed the 52-year-old comedian will be leaving his hosting position on 'The Daily Show' once his current contract expires.

Comedy Central is losing another late-night talk show host. The TV channel's latest victim is Jon Stewart who will be stepping down from his hosting position on 'The Daily Show' when his contract expires at the end of this year. 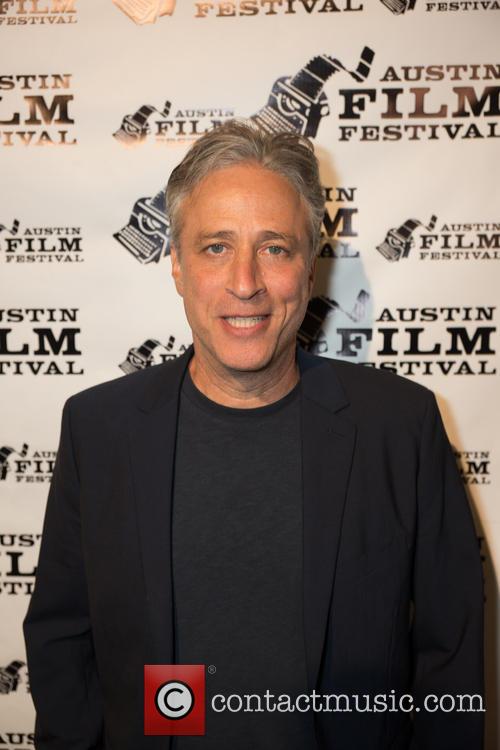 Stewart is leaving Comedy Central at the end of the year

The surprising announcement came on Tuesday (Feb 10th) via a statement from Comedy Central's president Michele Ganeless, who thanked Stewart for the "incredible honour and privilege of working with" him over the last twenty years.

"His comedic brilliance is second to none. Jon has been at the heart of Comedy Central, championing and nurturing the best talent in the industry, in front of and behind the camera," Ganeless's statement, posted on Twitter, continued.

"Through his unique voice and vision, The Daily Show has become a cultural touchstone for millions of fans and an unparalleled platform for political comedy that will endure for years to come," she added. "Jon will remain at the helm of The Daily Show until later this year. He is a comic genius, generous with his time and talent, and will always be a part of the Comedy Central family."

Stewart initially announced he is retiring from hosting 'The Daily Show' during a taping of Tuesday's episode, according to people who were in the studio's audience.

More: Jon Stewart Says What Everyone Is Thinking (And Tweeting) On The Eric Garner Case

The 52 year-old comedic personality first took over the helm of the news satire program in January 1999, in an effort to focus more on politics, and since the show's debut in 1996 it has won 18 Primetime Emmy Awards.

The details surrounding Stewart's decision to leave Comedy Central are still not known.