“No, I would consider getting in a rocket and going to another planet because clearly this planet has gone bonkers,” Stewart replied. You’ll remember that Trump and Stewart have something of a rivalry, mostly friendly and occasionally a little hostile. Stewart once famously branded the former ‘Celebrity Apprentice’ host as ‘F***face von Clownstick’.

Stewart also spoke about how much he was enjoying retirement now that his lengthy spell as a late night talk show host had ended. “If I had known what life was like on the other side, I probably would have left earlier. It’s f***ing fun out there. You can do whatever you want.” 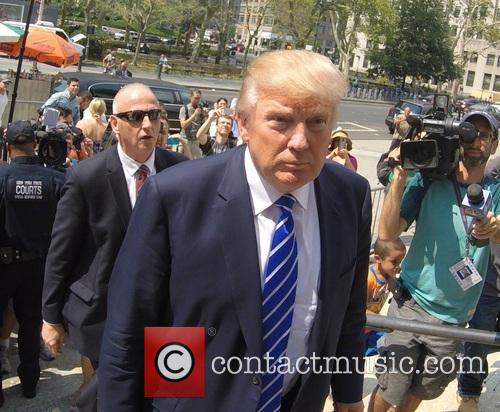 The 52 year old turned serious for a moment when speaking about his successor Trevor Noah, who is set to make his first appearance as host when ‘The Daily Show’ returns in one week’s time (September 28th). “He is such a talented guy and has such a great foundation for this, it’s not a question about giving him advice,” Stewart said in praise of South African-born Noah.

However, he’ll be making a point of staying well clear of the studios so that Noah is able to feel at ease. “It’s just about being there to support him… But he has the best team in the business behind him so he is going to be great. The last thing he needs is the old Pope peering around the corner going, to the new Pope, ‘Isn't this when you bless the wafers?’ I think they’re going to very quickly develop their own style and grace.”