John Stewart devoted the opening of Monday's episode to the recent events at the University of Oklahoma - namely, the emergence of a video featuring a bus load of fraternity guys singing a racist chant. 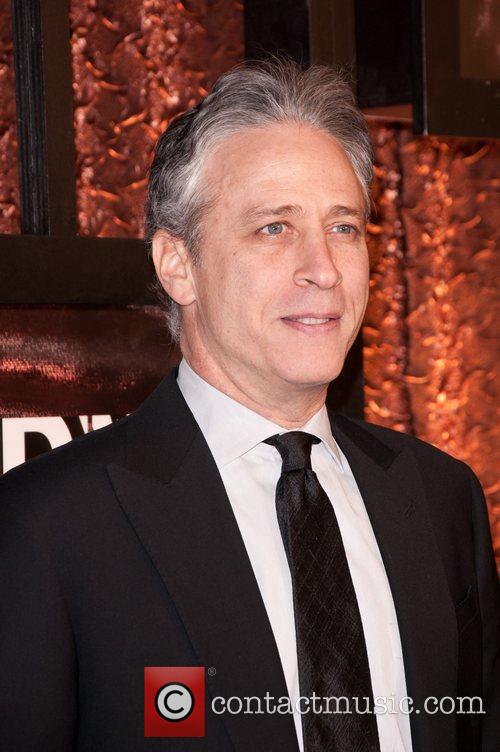 Stewart referred to last week's guest - civil rights activist and Selma marcher Rep. John Lewis - saying, "Last weekend, we saw the commemoration of the 50th anniversary of the march in Selma.It was an incredibly inspiring reminder of the lengths that people had to go to during the civil rights movement, from Selma, to the lunch counter Greensboro sit-ins, to the interstate bus Freedom Riders."

"But I believe it was Isaac Newton who once said, 'For every bus bending the arc of the moral universe towards justice, there's another bus coming in the opposite direction trying really hard to bend that mother-er back."

As well as going after the students in question, Stewart turned his attention to a recent MSNBC Morning Joe roundtable where rap music and general popular culture were blamed for the chanting.

"Two things: First of all, the kids on that bus weren't repeating a rap song that they had heard. They were gleefully performing one of their fraternity's old, let's call them anti-Negro spirituals. Featuring a word that pre-dates rap - and probably folk - and thought. Black rappers did not introduce that word into the vernacular.

"And second of all, how come when conservatives talk about African-Americans, they say, 'These people need to take responsibility for themselves - pull up those pants, get a job.' But when white people do something racist they're all (affects elderly voice), 'Well, you can't blame them, how can those poor children know wrong from right after being driven to madness by the irresistible power of the hippety-hoppity!'"

Two of the students featured in the video have been expelled from the University of Oklahoma.