A Change.org petition to get Stewart to referee one of next year's presidential debates has reached over 100,000 signatures.

An online petition launched a fortnight ago calling for Jon Stewart, the king of political satire who recently stepped down from ‘The Daily Show’, to moderate one of the presidential debates next year has reached over 100,000 signatures.

The Change.org petition asking 52 year old Stewart, who also directed the critically-acclaimed movie Rosewater released in 2014, to act as moderator between the Democratic and Republican candidates in 2016 has reached over 117,000 signatures as of Thursday evening (August 20th). Seriously, who wouldn’t want to see a potential Clinton / Trump / Stewart three-way political bunfight? 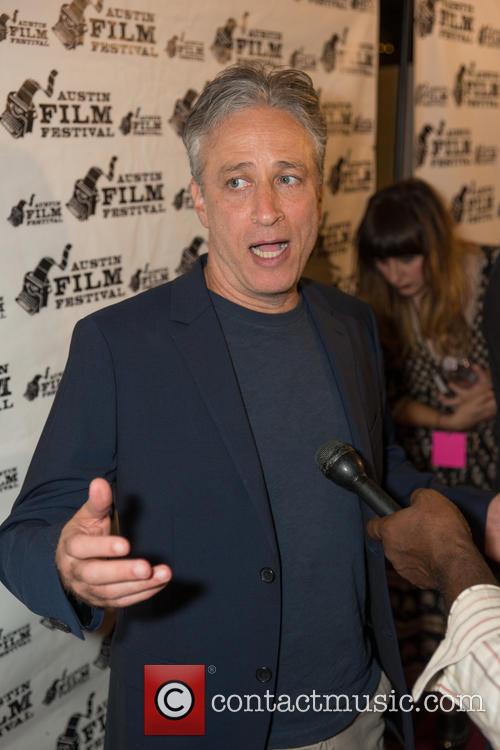 Could one of 2016's presidential debates be moderated by Jon Stewart?

“Over the last 16 years, Jon Stewart has played an influential and iconic role in covering US politics and media,” the petition reads. “We believe he should continue that tradition as a moderator at one of the 2016 Presidential Debates.”

‘The Daily Show’, which Stewart presented from 1999 to 2015 on Comedy Central, saw him interview more U.S. politicians and commentators than anybody would care to name, and also a number of world leaders.

The petition, which cites his Peabody Awards for his coverage of the 2000 and 2004 elections, has asked the Commission on Presidential Debates to consider letting Stewart shine a spotlight on the candidates next year, saying that he’s “more than qualified” to do so. The Commission has not yet made any official comment on the matter.

Stewart has not announced any immediate plans for the future since he quit ‘The Daily Show’ back on August 6th, using his final broadcast to warn Americans against “bulls***”. Earlier this week, he was announced as the host of the WWE’s ‘SummerSlam’ event at the Barclays Center in New York this Sunday.

More: Jon Stewart signs off from ‘The Daily Show’ with tributes from stars and a low-key final speech