The much-loved comedian quit 'The Daily Show' nearly three months ago, and has now revealed some plans for the future.

Jon Stewart has at last revealed some details about what he might be planning for the future since he quit ‘The Daily Show’ earlier this year, with the announcement that the satirist has signed a four-year deal with HBO.

The 52 year old will be creating topical, short-form digital content for the cable network’s online services, which will be showcased on HBO Now, HBO Go and other streaming platforms. Also included in the deal is a first-look option for other TV and film projects. 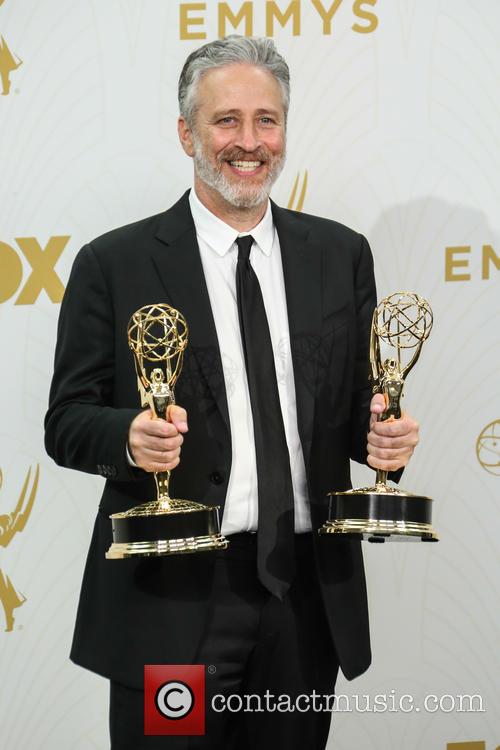 Jon Stewart with his two Emmy Awards earlier in 2015

The deal brings Stewart back to HBO for the first time in almost two decades, since his stand-up special show ‘Jon Stewart: Unleavened’ featured in the mid ‘90s. Stewart is also a two-time Oscar host, and last year directed the critically lauded political movie Rosewater.

Announcing the agreement on Tuesday (November 3rd), HBO’s programming president Michael Lombardo said: Jon Stewart led a revolution that changed the face of TV comedy on ‘The Daily Show’. He graced our network nearly 20 years ago, so we’re thrilled to welcome back his immense talents in this next chapter of his career.”

For his part, Stewart seemed relieved that his workload would be significantly lightened. “Appearing on television 22 minutes a night clearly broke me,” he added. “I’m pretty sure I can produce a few minutes of content every now and again.”

Since calling it a day on his Comedy Central creation ‘The Daily Show’ after hosting the satirical news program for 16 years back in August, Stewart has kept tight-lipped about what he plans to do in the future. However, fans will be pleased to know that he’s got no plans to abandon the small screen altogether, and will still be offering his acerbic brand of political wit.