Former 'Daily Show' presenter Jon Stewart has lots of previous with 'The Donald', memorably dubbing him "F***face von Clownstick" back in 2013.

Amid the carnage and disbelief of the current Presidential nomination campaign and the rise of Donald Trump, the voice of satirist Jon Stewart has been one that has been badly needed and sorely missed.

However, the former ‘Daily Show’ presenter briefly returned to the political foray having last year handed his show over to new host Trevor Noah, with an interview for former Obama advisor David Axelrod’s podcast on Monday (May 9th) in which he described Trump as a “man-baby”.

Taping the episode at the University of Chicago’s Institute of Politics, Stewart claimed “I would vote for Mr. T over Donald Trump”, the man who looks almost certain to clinch the Republican Party’s nomination for this November’s election.

“I'm not a Constitutional scholar so I can't necessarily say, but are you eligible to run if you are a man-baby? Or a baby-man? I'm not here to be politically incorrect, if they're referred to as man-baby Americans… but he is a man-baby. He has the physical countenance of a man and a baby's temperament and hands,” he said with exasperation.

More: The Rolling Stones have hit out at Donald Trump for using their music during his campaign

His disdain for the billionaire real estate mogul dates back to at least 2013, when he nicknamed him “F***face Von Clownstick” during the ‘Daily Show’.

In the interests of fairness, Stewart also had some vitriol for Trump’s Democratic Party rivals, blaming the rise of the controversial candidate on the incompetence and disconnection from mainstream politics. 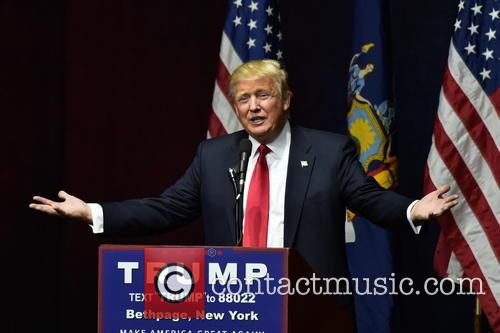 Donald Trump is a "man-baby", according to Stewart

“The door is open to an a**hole like Donald Trump because the Democrats haven't done enough to show people that government can be effective for people, can be efficient for people,” he argued, “and if you can't do that, then you've lost the right to make that change and someone's going to come in and demagogue you.”

He also gave both barrels to Hillary Clinton, who similarly looks almost certain to secure the Democratic nomination.

“I imagine her to be a very bright woman without the courage of her convictions — because I'm not even sure what they are… …that's not to say that [Hillary] is not preferable to Donald Trump, because at this point I would vote for Mr. T over Donald Trump.”