The show, which helped to engender a revolution in TV drama, drew to a close after eight years on Sunday night.

Sunday night saw the end of a television era as AMC’s ‘Mad Men’ drew to a close after seven seasons, and the final episode drew impressive, but not record-breaking, viewing figures.

According to Variety, it is estimated that the climax of the eight-year long series saw an average of 3.3 million people tuning in. The numbers are crunched by Nielsen, the company which measure TV ratings, and includes live viewing and same-night DVR playback. 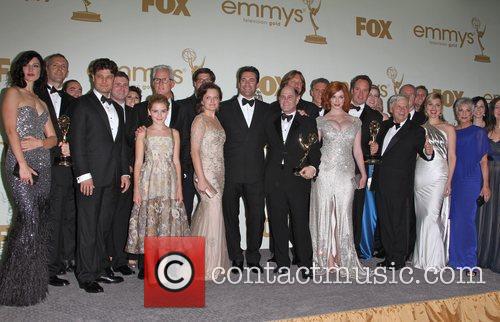 ‘Mad Men’ was a detailed portrayal of the advertising world of Madison Avenue in the 1960s, reflecting changes in American society. The series, which cast Jon Hamm as its lead character Don Draper for its debut way back in 2007, has always been something of a cult, critical hit rather than a mainstream success.

Winning a total of 15 Emmys during its lifespan, the show established the cable network AMC as a force to be reckoned with in the world of dramas, paving the way for the success of drug-crime drama ‘Breaking Bad’ which began a year later in 2008, which was a much larger success.

That show, generally considered to be one of the greatest TV shows of all time, pulled in 10.3 million viewers for its finale in 2013, up 300% on the previous seasons. By way of comparison, HBO’s ‘The Sopranos’ attracted 11.2 million. So while ‘Mad Men’ could never quite live up to those massive figures, it’s performed pretty consistently over most of a decade.

In 2012, ‘Mad Men’ was at its peak popularity, with an average of 4.2 million viewers tuning in for the fifth season. This was partially because the show had gone on a hiatus for 17 months previously, leaving the show’s reputation to be spread by word of mouth.