Mad Men Season 6 poster has got everyone excited

Mad Men season 6 will hit TV screens on April in both the U.S and the U.K, but an overnight release of an incredible poster has got people talking about the much-anticipated return of the show over a month early.

The poster is a beautifully designed acrylic affair, made by the 75-year-old British artist Brian Sanders. "Finally," Showrunner Matthew Weiner told the New York Times, "they just looked up the person who had done all these drawings that I really loved, and they said: 'Hey, we’ve got the guy who did them. And he’s still working. His name is Brian Sanders.'" For this Mad Men poster, he used an acrylic technique, which has been used for over 50 years. "It’s a style we refer to over here in England as bubble and streak," Sanders told the New York Times. "I don’t work in that manner now, and I was surprised how quickly it came back, the ability to use it in that particular way." We can see Don Draper in the poster, but there are so many questions upon further examination. Who is holding Don Draper’s hand? Are those police after him and his mystery hand holder? Are they near an airport; is that what the plane represents? We want to know now! 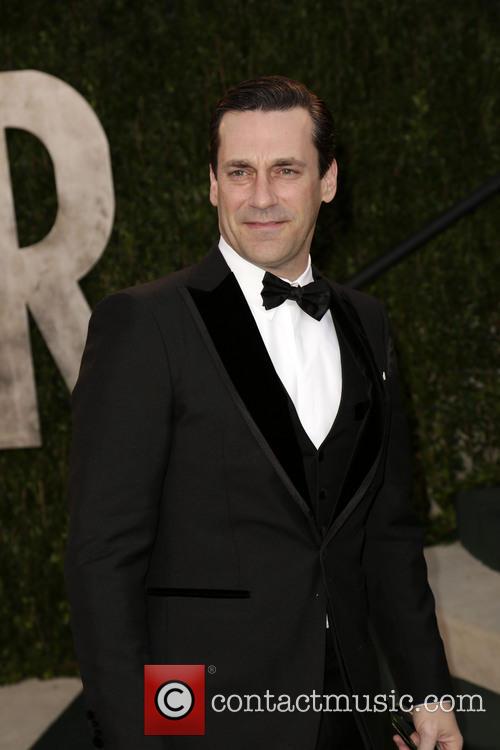 Jon Hamm is Don Draper, most of the time

Mad Men has been one of the most successful shows of the past decade, with constantly high critical responses and a dedicated viewership. Season 6 comes to AMC in the US on 7 April, and to Sky Atlantic in the UK on 10 April.