The props and costumes from 'Mad Men' have been donated to the Smithsonian's National Museum of American History.

The hit AMC series Mad Men may be drawing to a close but its props and costumes will live on in the Smithsonian's National Museum of American History. The series executives have made the decision to donate many iconic items from the show. The items were handed over in a star studded presentation ceremony in Washington D.C. on Friday morning (27th March). In attendance were Mad Men cast members: Jon Hamm, John Slattery and Christina Hendricks. The show's creator Matt Weiner and AMC President Charlie Collier were also in attendance. 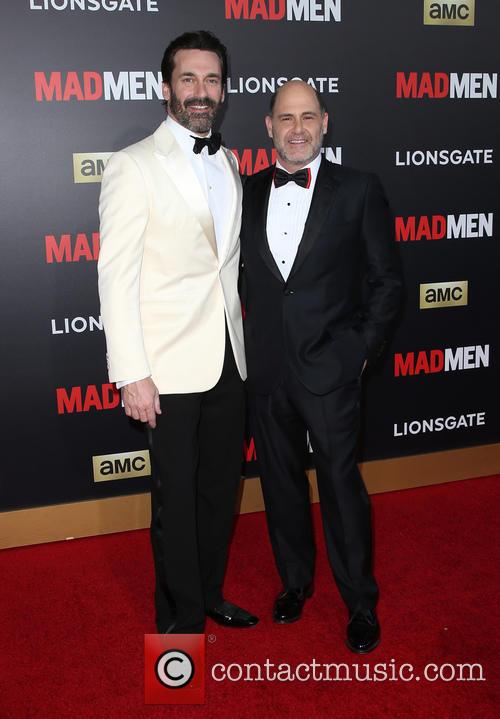 Jon Hamm and Matthew Weiner attended the presentation ceremony at the Smithsonian.

The end of Mad Men is in sight as the second half of the show's seventh and final season will air on 5th April on AMC. The interiors and costumes of the show, set in New York in the late 1950s and 1960s, have been painstakingly and accurately produced. Amongst the items donated to the Smithsonian are many of Betty Draper's dresses and Don Draper's suits, designed by award winning costume designer, Janie Bryant. A number of props from the show, including ash trays, bottles and clocks, have also been donated.

"They say all good things come to an end, and all great things come to the Smithsonian. We really are humbled that this series will live here in perpetuity as a piece of American popular culture," Collier said at the presentation ceremony.

The items will not be on display until 2018 when they will be added to the permanent American Enterprise exhibition which is set to open later this year. The items will join over 7000 other entertainment memorabilia which have been donated or purchased by the Smithsonian Institute for their cultural value.

Weiner stated this was one of the reasons why donating Mad Men objects to the Smithsonian was so appealing, that they would be recognised as valuable items in their own right.

"What I love about these objects being here is that they are for the most part the actual objects, they are not recreations," Weiner said.