Three Guesses At What Jon Hamm Did When He Was Confronted With A Waxwork of Himself...

Is it Hamm or Draper? Who knows, who cares?

He took a selfie. Of course he did. When Jon Hamm met Jon Hamm, nothing else was ever going to happen. The Mad Men star couldn’t help snapping the moment next to himself as he unveiled a waxwork model of himself. 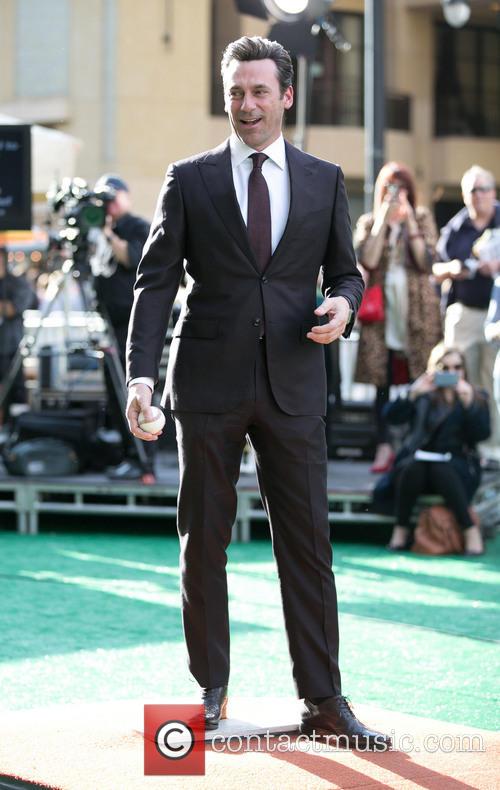 Whenever Jon Hamm poses for a photo, it's like Don Draper is advertising a time machine

"That's a no-brainer. I'm probably not done doing that either," he told The Associated Press regarding the selfie. He also turned up in a Mad Men-esque grey suit, which the Hammster himself was sporting when he arrived.

"This is happenstance, but it is kind of crazy how kind of identical we decided to dress. I'm referring to him as a human being as if he dressed himself," he said of the similarities, adding that "a lot of people would say this kind of describes my acting (on 'Mad Men'). A lot of waxy stares, a lot of silent brooding."

Hamm is set to star in ‘Million Dollar Arm’, in which he plays a sports agent whose business falls on hard times. In a bid to drum up new business, and unlike Don Draper himself, Hamm’s character travels to India with a new and unprecedented idea: to source the next MLB star from India’s keen cricketing population.

But Don Draper himself would never be a Yankee fan, says Hamm, whose love of baseball predicated his work on ‘Million Dollar Arm’. “For Don specifically, the Mets are great. They’re brand new. They represent nothing but possibility. They had this crazy year (1969) where they upset the whole apple cart. It’s a perfect team for Don Draper to root for. Don would never be a Yankee fan. That’s a frontrunner. He’s an underdog guy if he’s anything.” (Forthew1n)