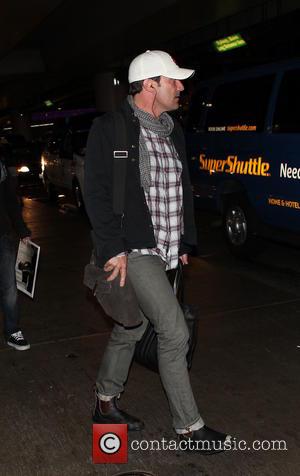 Mad Men star Jon Hamm is still reeling from 2013 gossip about his mad manhood after he was photographed with what appeared to be an impressive bulge in his suit at a Hollywood party.

While many guys would love the speculation they were well-hung, the actor insists he isn't happy with chatter about his privates.

Still embarrassed by the fuss, he tells the new issue of Men's Fitness magazine, "Would you want people walking up to you and pointing at your d**k...? I can't believe I'm still talking about this... The fact that I'm painted as this exhibitionist is a little annoying.

"It's become a meme (behaviour trait). Being someone who people want to photograph, you have to open yourself up to the positive and negative. It is what it is. If I get mad at it I'll look like a douchebag. But it's silly."