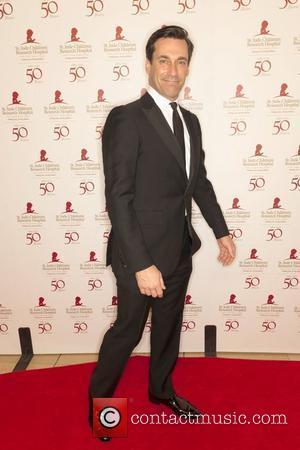 The actor Jon Hamm, who plays the role of Don Draper in Mad Men, has revealed when the new series of the Amc drama will be aired. Hamm made an appearance on Friday's (January 6, 2012) episode of Doug Benson's 'Doug Loves Movies' podcast and stated that the fifth season of the acclaimed show will commence on March 25, 2012. Representatives from Amc, however, have remained tight-lipped, according to yesterday's Reuters report and have not yet confirmed whether or not the information is correct. The report also suggests that the first episode of the new series was directed by Hamm himself.
The last season of Mad Men ended in October 2010, with Don Draper having proposed to Megan - played by Jessica Pare. The series, which is set in the 1960s and deals with the overarching themes of sexism, alcoholism, adultery and racism, has won the Primetime Emmy Award for Outstanding Drama series for each of its four seasons. That particular success put the series in the same calibre as Hill Street Blues, L.A. Law and The West Wing.
Last year, Hamm appeared in the successful comedy film Bridesmaids, alongside Kristen Wiig, Maya Rudolph and Rose Byrne. He will re-join Wiig on screen in 2012, in Friends with Kids, which is also set to star Adam Scott and Chris O'DOWD.