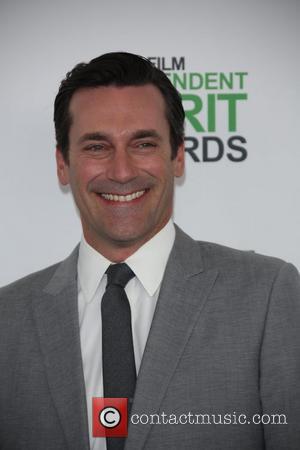 In the 90's the 43 year-old was just like any other struggling actor, worked low paying jobs while trying to find work.

Unfortunately for Hamm, his early days on television were quite memorable for all the wrong reasons, which he was reminded of last month when old footage surfaced of the actor appearing on a dating show called 'The Big Date' in 1996.

But astonishingly this wasn't even his worst gig.

The 'Mad Men' leading male spoke to Vanity Fair's June issue about his life when featuring on the game show.

Although Hamm did initially struggle in the acting business, he eventually landed the hugely popular role as 'Mad Men's' Don Draper in 2007.

"This is the best job I've ever had and maybe ever will have in my life-it's so fun to play all of this," he said. "It can be relentlessly dark. It can be terribly sexually inappropriate, is a way to say it. But who else gets a chance to do any of that stuff? There's so much there."

Jon is also heavily involved in the plotlines and character development of the AMC series, the show's creator Matthew Weiner admitted the star "knows everything" that is going to happen and the writers go to him when they get "stuck."

"He knows everything," Mathew said. "He's the first, outside the writers' room. I try stuff out on him. When we get stuck in the writers' room, I go down there and have a conversation with him."

The final season of 'Mad Men' is split into two parts with the second half set to air in 2015.

Watch Hamm's appearance on the dating show below: