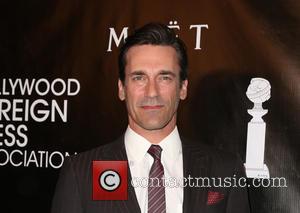 The couple has been dogged by rumours of a break up for months, and on Monday (07Sep15), the stars confirmed they have parted ways.

A joint statement issued to People.com reads: "With great sadness, we have decided to separate, after 18 years of love and shared history. We will continue to be supportive of each other in every way possible moving forward."

They began dating in 1997 and appeared together in 2011 film Friends with Kids, which Westfeldt wrote and directed.