Jon Hamm Has Sparked Rumours Of A Reconciliation With Screenwriter Jennifer Westfeldt After They Attended A Tribute To Late Filmmaker Mike Nichols Together On Sunday (08nov15). 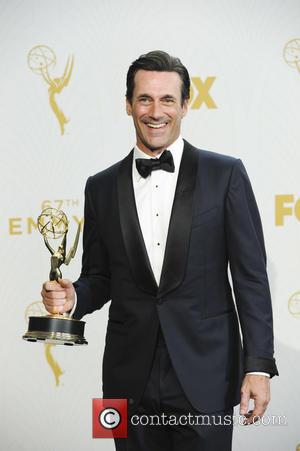 The couple called it quits in early September (15) after being dogged by rumours of an impending split for months.

At the time, the Mad Men star and screenwriter Jennifer issued a joint statement, which read: "With great sadness, we have decided to separate, after 18 years of love and shared history. We will continue to be supportive of each other in every way possible moving forward."

Weeks after the break-up, Jon, who recently completed a rehab stint for alcohol abuse, proved he was still close to his ex by thanking her in his Outstanding Lead Actor in a Drama Series acceptance speech at the 2015 Primetime Emmy Awards.

Now it appears the former couple may be giving the romance another go after the pair was photographed heading to a weekend (07-08Nov15) event in New York City, hosted by U.S. newswoman Diane Sawyer in memory of her late husband Nichols, who died last year (14).

The images, obtained by editors at DailyMail.co.uk, feature Jennifer holding on to Jon's arm as they make their way into the IAC building, marking the first time they have been pictured together in public since July (15).

Nichols served as an executive producer on the stars' 2011 movie Friends With Kids, which Jennifer wrote, directed and starred in alongside Jon.

Nichols and Sawyer were married for 26 years until his death from a cardiac arrest on 19 November, 2014, aged 83. 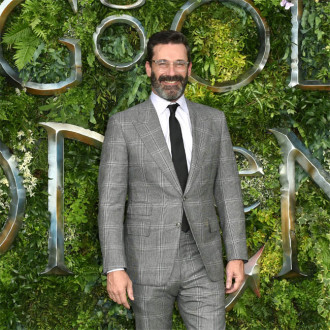