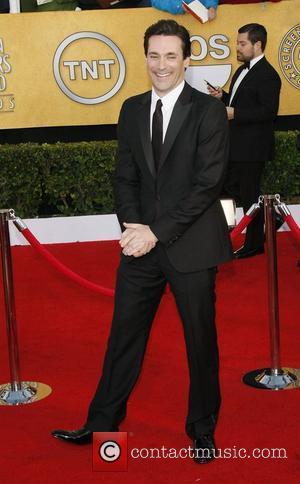 Jon Hamm organised a birthday party for his longtime girlfriend Jennifer Westfeldt this week (beg31Jan11) during filming of their new movie FRIENDS WITH KIDS.
The couple is currently shooting the upcoming comedy with Megan Fox and Adam Scott in New York, but they took time out from filming on Wednesday (02Feb11) to mark Westfeldt's 41st birthday.
The cast and crew gathered at the Uva Wine Bar in Manhattan and Hamm led a chorus of Happy Birthday as cupcakes were handed out, according to New York Post gossip column Page Six.