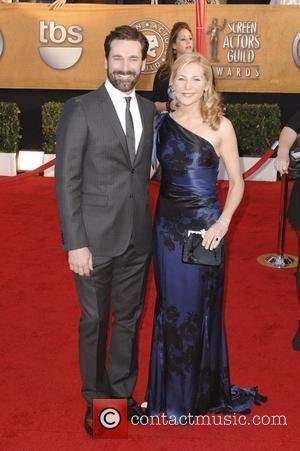 Cartoon superhero CAPTAIN AMERICA's real-life stylist insists MAD MEN star Jon Hamm is the only actor who can play the colourful Marvel Comics character.
Ryan Phillippe and Chris Evans have emerged as frontrunners for the coveted role, but the artist who redesigned Captain America for Marvel tells Entertainment Weekly magazine the list of wannabes up for the part does not impress him.
Alex Ross says, "We've been saying for years, if you don't sign Jon Hamm to play this part, you're crazy.
"Captain America is supposed to be the patriarch of the Marvel universe. To get a guy in his early to mid-20s is only thinking about where the character began, not what he ultimately needs to become."