For Favreau, chefs are blue collar rockstars, and that's something he wanted to capture in this film

When you’re the man behind the camera of $1.2 billion worth of films (Iron Man 1 & 2) then you keep on churning out sequels until you can buy a country and name it after yourself, don’t you? Jon Favreau doesn’t: he walked from Marvel to make films about Cowboys & Aliens, and ‘Chef’, which you can see more of with the fantastic new clip below.

Behind the scenes of 'Chef': from left to right, John Leguizame, Jon Favreau, Bobby Cannavale and Roy Choi

‘Chef’ tells the story of a disgruntled chef, dismissed from his flagging restaurant and seemingly back to square one in the cookery game. But instead of stepping getting back on the ladder – ready to climb and climb – our chef decides to take his cooking to the streets by opening up a food van, capturing the current zeitgeist of ‘street eats’ enjoyed by foodies and hipsters alike.

Favreau is a lover of food – he was a guest judge on Season 11 of Top Chef - but he’s equally interested in the concept of the ‘chef as a rockstar’ idea. 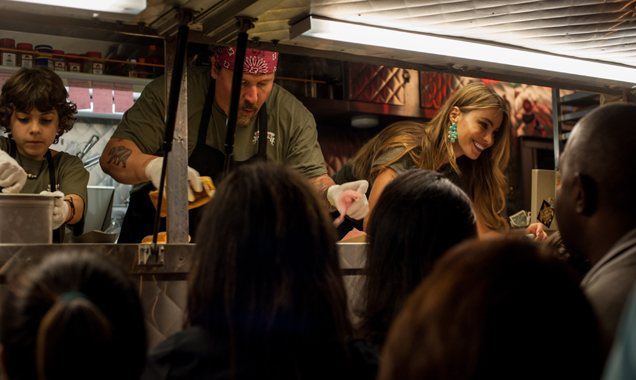 Business is booming - Jon Favreau and Sofia Vergara in 'Chef'

In this clip, Casper is facing criticism on Twitter. He's trending. And, in a move that highlights the perils of using social media when you're in the spotlight, and against the advise of his co-workers, he sends an antagonistic Tweet, which, as you can probably guess (and we're not going to spoil the film for you) doesn't go particularly well. We're guessing here. Guessing.

“I’m not that adventurous. I like food, but I don’t necessarily have the most discerning taste. When I first met Roy Choi, he said I had the palate of a nine-year-old. I was more interested in the personalities of chefs. They’re like rock stars, and there’s a blue-collar aspect to it, too, that’s different from what I do.

Favreau’s passion for food manifests itself in the way the film has been shot; the way dishes are portrayed. “I shoot food the way Michael Bay shoots women in bikinis,” he told Variety after a special screening of the film at The Paramount theatre. 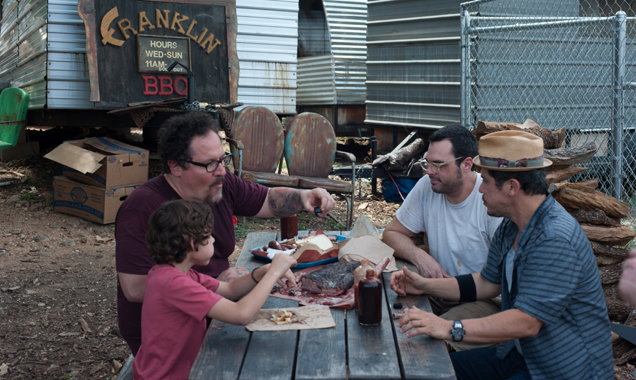 The gang chow down, 'cos that's what 'Chef' is all about

But it was Choi – the man who started the food truck craze – who prepared the food and was standing by to make sure it all looked right. “I tried to make all the food in the film look like real food,” Choi told Variety. “We didn’t dress it up and I didn’t do anything different,” he added, “but we ate everything we made. This was probably the most well fed cast and crew.”

“This is not a lofty film but something incredibly personal with tremendous personality,” Favreau explained to a full house before the film’s inaugural screening. “I hope you like it,” he added of his passion project. 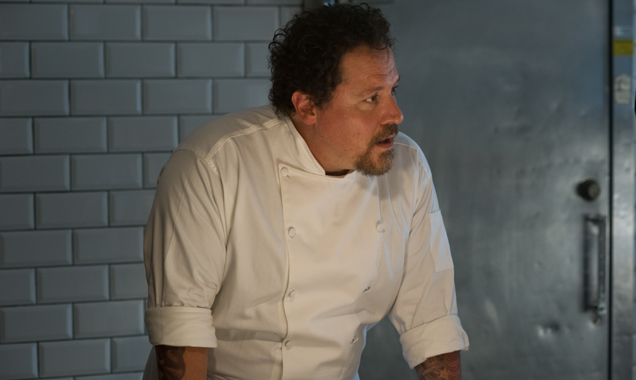