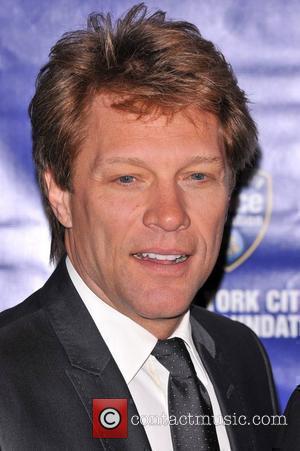 Jon Bon Jovi has opened a new 'pay-what-you-can' charity restaurant in New Jersey. 'The Soul Kitchen', opened by Jon Bon Jovi and his wife Dorothea, is built in a former auto-body repair shop.

The restaurant aims to provide gourmet meals to the needy while enabling them to volunteer on community projects in return. The menus never list a price and so paying customers are left to leave whatever they want in the envelopes on each table. The restaurant is the latest scheme by the 49-year-old rocker, under the Jon Bon Jovi Soul Foundation, which has already built 260 homes for low-income residents in recent years. Talking to The Associated Press, Jon Bon Jovi stated: "With the economic downturn, one of the things I noticed was that disposable income was one of the first things that went. Dining out, the family going out to a restaurant, mom not having to cook, dad not having to clean up - a lot of memories were made around restaurant tables." The restaurant has taken a year and $250,000 to build but now provides ample resources for the local community. However Jon Bon Jovi is stern about one thing: "This is not a soup kitchen. You can come here with the dignity of linens and silver, and you're served a healthy, nutritious meal".

This comes after Bon Jovi having recently finished their worldwide tour, the fourteenth concert tour of their musical career.