Jon Bon Jovi is opening an anti-hunger facility in New Jersey to help a community ravaged by Superstorm Sandy in 2012. 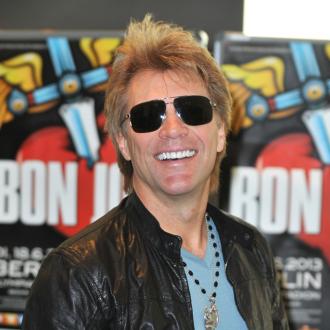 The 'Always' rocker has announced plans for the B.E.A.T. Center, which stands for Bringing Everyone All Together, a one-stop facility at Superstorm Sandy-ravaged Ocean County which will help people get food stamps, health care, meals for at-risk children and senior citizens, as well as offering culinary-related job training.

The centre - which will open at Toms River later this year - will also house a JBJ Soul Kitchen community restaurant, where diners pay a minimum $10 donation or receive a meal in exchange for voluntary work.

The 53-year-old rocker believes Ocean County suffered the worst damage from the 2012 storm but has not received a proportionate share of aid.

He said: ''Ocean County was directly impacted by Hurricane Sandy; it was not a wealthy county to begin with.

''At one point or another, 45 percent of households that had kids needed emergency food relief services during the course of the last year. I know people who have been hungry. You'd be shocked to know these hardworking, middle-class people from the tri-state area who after the economic downturn couldn't afford to keep a consistent, nutritious meal on the table.''

Jon has teamed with the Food Bank of Monmouth and Ocean Counties, The Peoples Pantry and the David Tepper Charitable Foundation to provide $5 million in services to families in the facility's first year of operation.

Among the 'Livin' on a Prayer' star's other charitable efforts are the construction of 440 units of affordable housing for homeless or low-income families, donations to various Sandy relief efforts; and his Soul Kitchen restaurants.