There's nothing better than seeing a world famous superstar humble themselves enough to visit one of their biggest fans, and Jon Bon Jovi is the latest to do just that when he took time out of his busy schedule to hang out with a woman currently struggling with stage four lung cancer. 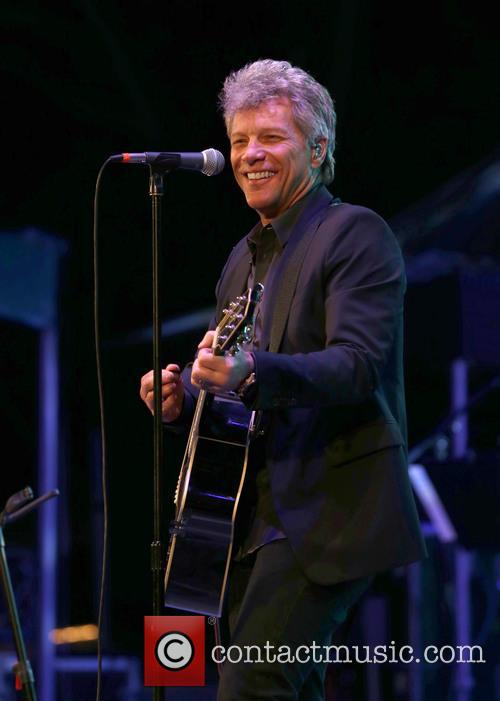 Jon Bon Jovi makes time for his number one fan

The 'Livin' on a Prayer' singer went to his restaurant JBJ Soul Kitchen in Toms River, New Jersey on Saturday (June 25th 2016) to meet Carol Cesario, a superfan whose currently undergoing treatment for lung cancer. The visit was (almost) a total surprise for Carol, whose daughter Rosie Skripkunis arranged the whole thing secretly.

She'd been chasing the meet down for a few weeks; posting a photo of her mother in her hospital bed holding a sign reading 'Please share so I can meet Bon Jovi'. Needless to say, the post went viral enough for Bon Jovi's team to notice and take action, inviting the family out to eat at his restaurant and then appearing at Carol's side as the oblivious fan gazed at the menu.

'Today my moms dream came true! After loving Jon Bon Jovi for 30 years she finally met him', Skripkunis revealed on Facebook. 'He invited our family to his restaurant for dinner and surprised her. He spent almost 2 hours hanging out with her and just chatting with my family.'

Bon Jovi also took pictures with all the family and even gifted Carol with a special signed guitar. 'Seeing my mom this happy filled me with so much joy', Skripkunis continued. 'I still can not believe this happened. Jon is a amazing human. We appreciate everything he did for our mom and for our family today.'

The rocker isn't the only star to have touched hearts with a surprise visit recently; Taylor Swift made an appearance at a fan couple's wedding reception earlier this month, where she even played 'Blank Space' on the piano. Funnily enough, that was also in New Jersey. Plus, Adele visited a very sick young fan at her home in Northern Ireland at the start of her tour this year ahead of her Belfast show.