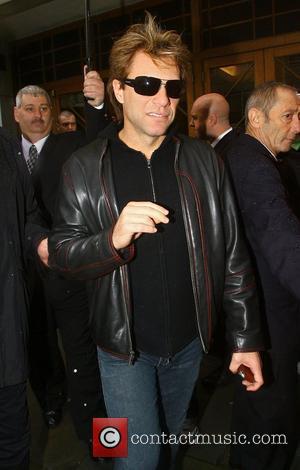 Rocker Jon Bon Jovi stunned his bandmates during a recent taping of in-depth U.S. chat show INSIDE THE ACTORS STUDIO by confessing he used to be a band geek.
Host James Lipton had done his homework and revealed an embarrassing secret about the Livin' On A Prayer singer's past - a fact even longtime songwriting partner Richie Sambora was unaware of.
Bon Jovi revealed, "I played a little trumpet in high scool and (I was) in a marching band... Sexiest rock star in the world right there."
Shocked Sambora said, "I've known the guy for 27 years; I didn't know he was in a marching band."