By Alex Wignall in Music Reviews on 19 August 2014

From delicate finger-picked folk to the stomp and twang of electric blues, 'Deep River' is, in many ways, a whistle-stop tour of the sounds and ideas that have provided the basis for country, blues, folk and consequently rock over the past 50 years. The fact that 'Deep River' is so deeply im-mersed within its influences means that it sounds like an album which could conceivably been re-leased at any point throughout the past few decades. Certainly, the record offers nothing to suggest that it is a product of an artist informed by the trends and tastes prevalent in 2014. 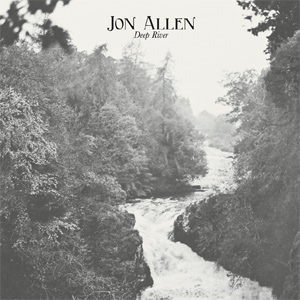 Both musically and lyrically, Jon Allen follows a well-beaten track. Even the album title itself oozes folk sensibilities, and surprises across the piece are virtually non-existent. There's nothing left field here. 'Deep River' is a steadfastly traditional album informed by the vast expanse of folk and blues which has preceded it.

Yet, despite its familiarity, it's impossible to ignore how elegantly crafted many of the songs on  'Deep River' are. Album opener 'Night and Day' begins earthy and impassioned as Allen's gravelly voice mourns an unreciprocated love howling: "If I can't have your love/ I don't want nothing at all." Opening with delicately picked chords before percussion, strings and flourishes of electric guitar swell in presence, 'Night and Day' lays down a formula which forms the template for a number of songs on the album.

By Andy Peterson in Music Reviews on 20 October 2008 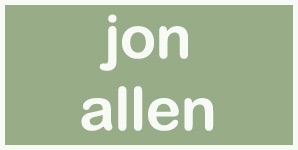