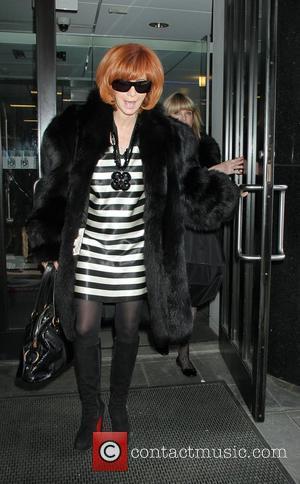 Johnny Ramone's widow is edging ever closer to a biopic about the punk group, revealing pal Johnny Depp has always been keen to play her late husband on film - but he might be too old now.

Linda Ramone tells RollingStone.com she has multiple offers "to do a Ramones movie", but she's still undecided as to whether or not to allow someone to adapt Johnny's autobiography, Commando.

She is, however, convinced a Ramones film is a certainty, explaining, "It would be nice to do a Ramones movie. I will do one no matter what... I'm working on it right now. We're in discussions."

Asked who she'd like to see playing her late husband - the group's longtime guitarist - she says, "Everybody would want Johnny Depp to play him, because he's cool and looks good. He's super nice to me and he used to always talk to Johnny if we'd go to the Viper Room. His band opened up for the Ramones years and years ago.

"But it has to be someone who's young; they'd have to be in their 20s, and all the Ramones in their 20s looked like they were in their early 20s... The hair is important. You could never have nobody with curly hair. I know that lets out a lot of people, but it's true. The hairdo and the stance."