By Hayley Avron in Lifestyle / Showbiz on 30 November 2012

The actor Johnny Lewis was neither drunk nor under to the influence of drugs when he fell to his death, back in September.

The 28 year-old was best known for playing the role of Kip Epps in Sons of Anarchy. He dated the pop singer Katy Perry for around 18 months from 2006. On the day that he passed away, he is thought to have killed his elderly landlady and died in an attempt to flee her home, BBC report.

According to the autopsy, there were no drugs or alcohol in his system. Nail marks and signs of strangulation were found on his neck. Earlier this year, Lewis, who had a criminal record, was treated for psychiatric issues and for substance abuse issues. Police believe that Lewis killed his 81 year-old landlady before falling to his death, on the driveway of the property. The death has been ruled as accidental, as police cannot ascertain that he was pushed, or that he jumped deliberately. In the months prior to his death, Johnny had been arrested three times and a probationary report states that officers were “very concerned for the well-being of not only the community but that of the defendant.”

By Michael West in Music Reviews on 04 October 2012

He's A Family Guy! Great news for Family Guy fans this week as Seth Macfarlane was named as the host of the forthcoming Oscars. We here at Contactmusic.com give a big thumbs up to the Academy's choice, though he doesn't have much to beat. (Remember Billy last year?) 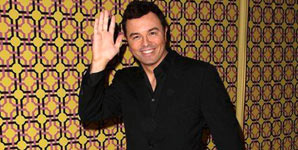 Catwoman Marries! Well, not exactly, but it's huge congratulations to Anne Hathaway and husband Adam Shulman this week after they married in California. A special shout out to jazz trio Americano Social Club, who had no idea who they were playing for until seeing Hathaway in her ivory gown! Barrymore's Baby Reindeer? It's also congratulations this week to Drew Barrymore and husband Will Kopelman, who welcomed baby girl Olive. Though it's popular name, we can't help but think the actress named her daughter after a famous Reindeer?

Johnny Lewis Had ‘Deep Ties’ To Scientology Before His Death`

The actor, who’s infamous death occurred when he murdered his landlady and disembowelled her cat before falling to his death in what was suspected to have been a drug-fuelled episode, was closely linked to the sect, more so than it first appeared. TMZ had already reported that his own father, Michael Lewis, was closely linked with Scientology and it’s founder, the science fiction writer L. Ron Hubbard, so close in fact that the two worked together during the 1980’s on a movie about the ‘discovery’ of Dianetics by Hubbard. Whilst this clearly puts Johnny at close links with the Church of Scientology, apparently he was a very active member of Scientology throughout his life, especially the drug rehabilitation programme run by the church, Narconon.

Johnny was a regular spokesperson for the programme and even appeared at a substance abuse prevention event back in 2004. He was supposedly chosen because his mother, herself a prominent Scientologist, used Narconon to keep the actor from using drugs to great effect, making him the ideal candidate for the programme. Fast forward to 2012 and Johnny was released from a (non-Scientology) rehab clinic before going on his drug-fuelled rampage. Meanwhile, Scientology officials have since denied his involvement in their organisation for some years and removed all pictures of him from the web, as well as the story about his appearance at the Narconon event.

Johnny Lewis has reportedly been found dead at a Los Angeles crime scene. Cops say that they have discovered the body of the actor, star of Sons of Anarchy and one time boyfriend of singer Katy Perry, in a driveway in the Los Feliz part of the city on Wednesday (September 26th). An 81-year-old woman, believed to be the owner of the house which Lewis was found outside of, was also discovered dead inside the property. Police sources have told TMZ that she was the victim of a homicide.

Johnny Lewis, dead at just 28? Sons Of Anarchy fans were probably hoping the internet headlines this morning were either a bad dream, or the latest Twitter death hoax Unfortunately, they would have been wrong on both scores, after Lewis – who once dated Katy Perry – was found dead in Los Angeles.

The grisly story doesn’t finish there. According to law enforcement sources who spoke with TMZ.com, Johnny Lewis was found in the driveway of a home in the Los Feliz neighbourhood – inside was a murdered 81-year-old woman. Investigators say they believe the Sons of Anarchy star beat the woman to death before climbing onto the roof of the property and falling to his death. Multiple reports suggest the elderly woman – who had been renting a room to the actor - was heard screaming, while neighbors saw a young man outside her home attack two other men with a piece of wood, before scaling the property. Sources say Lewis is the sole suspect in the woman’s murder and are not looking for other possible suspects. The actor played ‘Kip Half-Sack Epps’ on ‘Sons of Anarchy’ for two years, one of America’s most popular television shows. It follows the lives of a close-knit outlaw motorcycle club operating in the fictional town of Charming, in North California. He also had one-off roles on ‘Criminal Minds’, ‘Bones’ and ‘CSI’. He had recently completed work on the drama ‘City of Gardens’ about a young Californian surfer who is thrown into a Peruvian political prison in 1980.

The actor dated Katy Perry back in 2006; the pair attended numerous Hollywood events together.

Newlyweds Molly and Tim move into the old house of Molly's father to the deep unease of her sister Hannah who believes they should have sold the place when he passed away. A dark and malevolent force starts to terrorise the highly disturbed Molly who believes it's the spirit of her abusive father in the house trying to hurt her. Tim is less convinced to begin with and becomes concerned for his increasingly unhinged wife. As the terrifying disturbances in the house escalate, Hannah tells Molly that they have to leave the house.

By Rich Cline
Very Good
A fascinating exploration of the effects of fame on young people, this true story is sharply directed and acted. It's also great to see a film about girl power that's this realistic and resonant. And packed with such great songs. 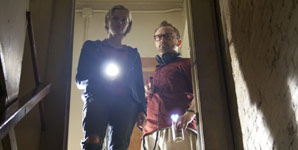