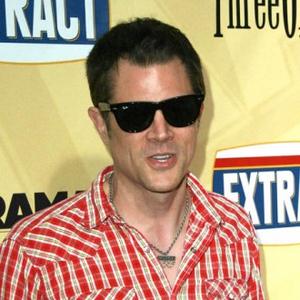 Johnny Knoxville has paid tribute to his 'Jackass' co-star Ryan Dunn, who died in a car crash earlier this morning (20.06.11).

The 40-year-old star hailed Ryan - whose car flew over a guardrail on Route 322, hitting a tree before bursting into flames at around 3am - as his "brother" on social networking site twitter, adding he "loved" him.

He wrote: "Today I lost my brother Ryan Dunn. My heart goes out to his family and his beloved Angie. RIP Ryan , I love you buddy.(sic)"

Just hours before the accident the 34-year-old star posted pictures of himself drinking with friends and an unknown person also died in the crash.

It is not yet known who was driving the car, which police say was "fully engulfed In Flames" when they arrived.

In addition to the 'Jackass' movies - which showed a group of men undertaking dangerous stunts - Ryan also starred in 'Viva La Bam' and MTV show 'Homewrecker'.