Jackass is over ten years old at this point, but despite it's lengthy lifespan and various series, movies and offshoot spin-offs, the pranksters are still great at doing what they do. Jackass Presents: Bad Grandpa is mostly being lauded by critics, who are praising the numbskull comedy and crazy pranks in the latest outing from Johnny Knoxville and his band of merry men. 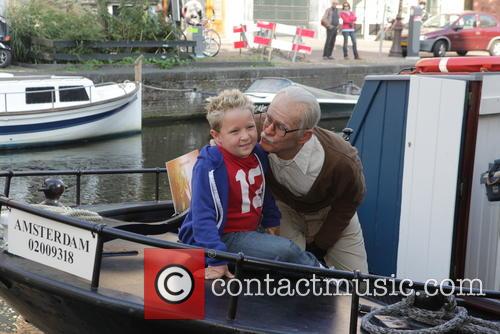 Irving and Billy formed a formidable partnership on screen

The film follows 86-year-old Irving Zisman as he and his 8-year-old grandson Billy (Jackson Nicoll) head off on a road trip to remember, reaking havoc wherever they go. On their trip across America, the Jackass favorite and his grandson visit the most unassuming and irresponsible places imaginable for an octogenarian and his young grandchild, running into male strippers, child beauty pageant contestants and their thoroughly unimpressed mothers, mourners at a funeral home, biker bar patrons and a whole heap of unsuspecting embers of the public. As you may expect from a Jackass film, nothing is sacred and nothing is off limits.

Critics and audiences lucky enough to see the film already have responded positively to the film, mostly anyway. Time Out's Ashley Clark wasn't completely taken by the movie in his review, complaining that "there's no shock value" and that "the physical comedy is down to a minimum," creating "humour almost as dated as Zisman himself."

Check out the Bad Grandpa trailer

But as Bad Grandpa's 83% 'Fresh' rating on Rotten Tomatoes shows, there are still many who were completely taken by the films zaniness and outrage. Among them, Scott Foundas of Variety had this to say; "Jackass Presents: Bad Grandpa shows there's still comic life in this decade-old franchise - provided, of course, the sight of a senior citizen getting his penis caught in a vending machine is the kind of thing that brings a smile to your face."

The film opens in cinemas this week, arriving across movie screens on Wednesday, 23 October. Following the domination of Gravity at the US box office for the past three weeks, Bad Grandpa might just be the movie that finally knocks the sci-fi thriller from the top of the box office.

The film is out now